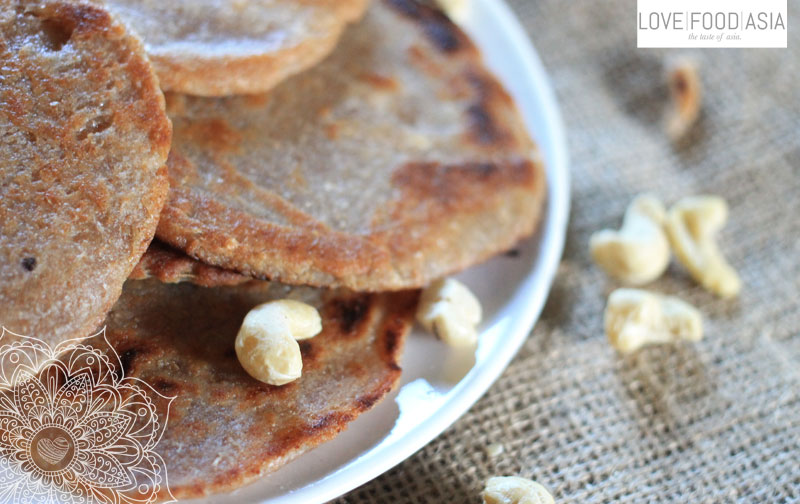 Roti Canai is a type of indian influenced flatbread found in Malysia, Indonesia and Singapore. It is known as Roti Paratha in Southern Malaysia and Singapore, and is similar to the Indian Kerala Porotta. In Singapore this greasy dish can be found in the food stalls of the Mamak, the Indian muslims. It will be served for breakfast next to boiled eggs and Teh Tarik – A pulled black tea.

Mix salt with water. Add flour in a mixing bowl. Add the salted water. Mix the flour into a dough. kneed until smooth. Make sure the texture of the dough is not too sticky and gooey.

Oil your hands with oil. Make palm sized balls. In a bowl pour some oil so that the dough doesn’t stick to the bowl. Put in the balls, coating it with oil as you put one on top of each other. Add the rest of oil and leave the balls over night.

Oil your kneading space. Take out one dough ball, flatten it out into with you palms until the size of a dinner plate. Make the dough as thin as possible. (Flip it like a pizza dough)

Take the one edge and fold it to the middle. Do this another three times so that it will turn into a square. Put natural oil in a pan and fry until golden brown.