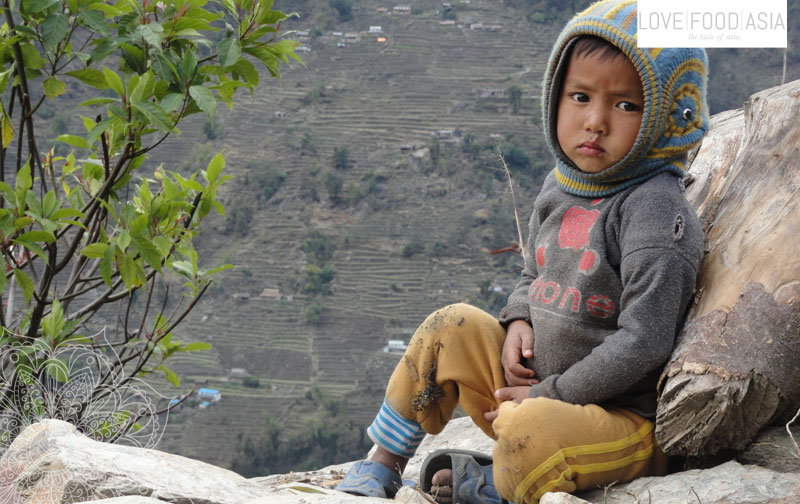 Mike was a funny guy. He was sitting in his tiny taxi with Jesus, Buddha and Shiva pictures at the window of his car. If you ask him about his religion he laughs and says: “I take the best out of every religion to be a good person”. I think this is a perfect start for our second try in the Annapurna region.

Mike dropped us of at our starting point and the first kilometer was steep uphill and I felt like I haven’t walked one meter in the last few days. Maybe I had to much Yakcheese 🙂

After one hour we arrived at the first permit checkpoint and we had a big surprise. We we´re told that our permit isn’t valid anymore because we left the Annapurna national park. What the hell!!! We could go back to Pokhara and get a new permit or buy one for the double price right here. We felt like we took place in one of this hidden cam comedy shows. But it was reality. After a while we decided to pay the hard price of 4000 NPR. What else could we do?

We had to wait for our permits for at least one hour. (I already wrote about the Nepal officials and how fast they are at work.) But then we started (again). The trek was very steep in the beginning and we passed a wonderful landscape with great views every few meters. The trail guided us down to a river were we reached the lowest point of our route today. After one more hour we arrived in a tiny village called New Bridge. Our plan was to walk one village further but we lost the hour at the checkpoint so we had to stay here.

At the end of the day we had our first Dal Bhat since 4 days and we played cards and had good conversations with the two other guys. After dinner we went straight to bed. Tomorrow we have 1000 altitude meters in direction Annapurna Base Camp to go.