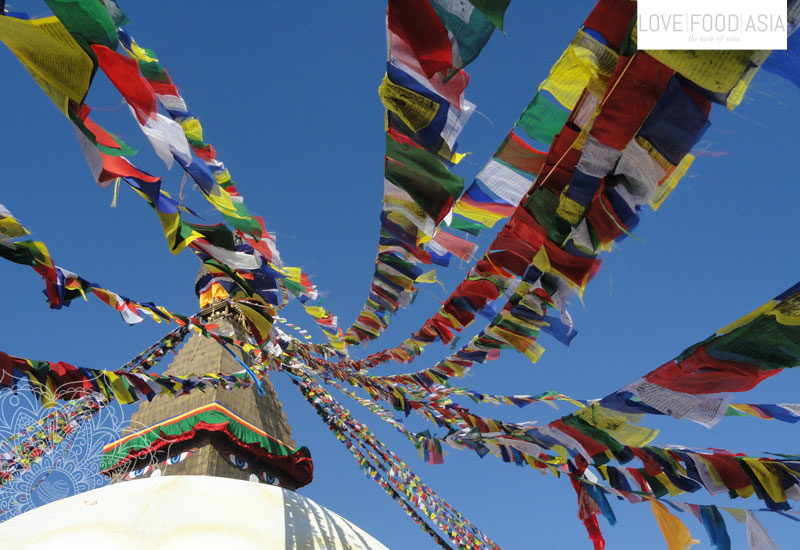 Kathmandu is chaotic, loud and full of cars and people. Ít is hard to believe that you can find many great cultural sightseeing highlights inbeteen all that mess.

The most visited highlight is distinctive for Nepals culture. The Stupa of Bodnath was destroyed by the massive earthquake in 2015. We´ve visted Nepal just a few weeks before. Today the Stupa is 100 % rebuilt. You might think this is a Buddhistic Stupa like thousend others in Asia. But this Stupa is special. From the top of the Stupa you can see hundrets of little Buddhistic flags blowing in the wind. When you visit this place at the right time (early morning or late evening) you will feel like you are in Tibet.

The next must see place is on of the UNESCO World Heritage Sites. The Durbar Square. This square is the histioric heart of Kathmandu. Several buildings in the Square collapsed due to a major earthquake on 25 April 2015. Durbar Square was surrounded with spectacular architecture and vividly showcases the skills of the Newar artists and craftsmen over several centuries. The Royal Palace was originally at Dattaraya square and was later moved to the Durbar square.

The Swayambhunath temple is also called “monkey temple”. You can guess why. The complex consists of a stupa, a variety of shrines and temples, some dating back to the Licchavi period. A Tibetan monastery, museum and library are more recent additions. The stupa has Buddha’s eyes and eyebrows painted on. This temple was also destroyed on 25 April 2015 and it isn´t rebuit jet. But it is also worth a visit.

Take your time when you visit this places and don´t wonder why all the places aren´t rebuit jet. Time ticks slower in Nepal.