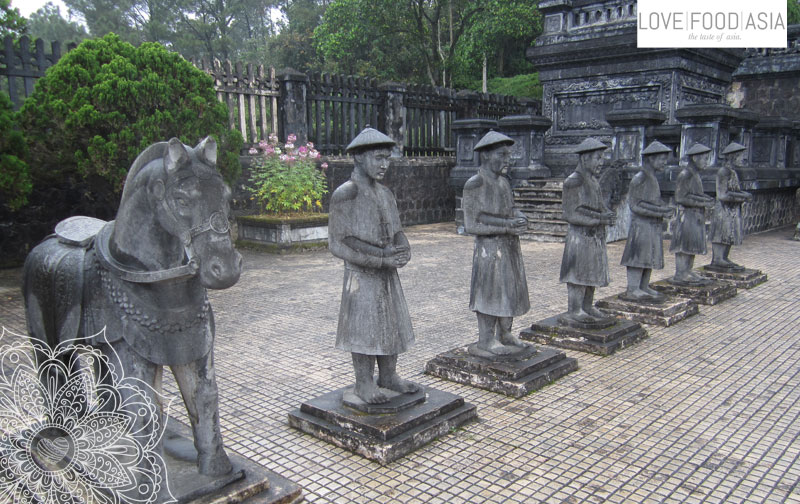 Huế is a city in central Vietnam that was the seat of Nguyen Dynasty emperors and the national capital from 1802-1945. A major attraction is its vast, 19th-century Citadel, surrounded by a moat and thick stone walls. It encompasses the Imperial City, with palaces and shrines; the Forbidden Purple City, once the emperor’s home; and a replica of the Royal Theater.

The drizzling rain couldn´t stop me in visiting all the highlight in and around Hue today. First I went to see the old citadel that was built by emperor Gia Long in 1804. This place is a must see when you are in Hue.

During the afternoon I went to the old emporer graves on the outside of Hue. Khai Dinh Tomb and Tu Du Tomb are two very impressive graves and worth a visit. I went there by asking a scooter driver and negotiating about the price. In the end we had a deal and driving on the back of the scooter was absolutely fun. The guy took as many shortcuts as possible.

In a few hours I will take the train from Hue to Dong Hoi and from there I´d like to book a bus to the Phong Nha Ke national park.