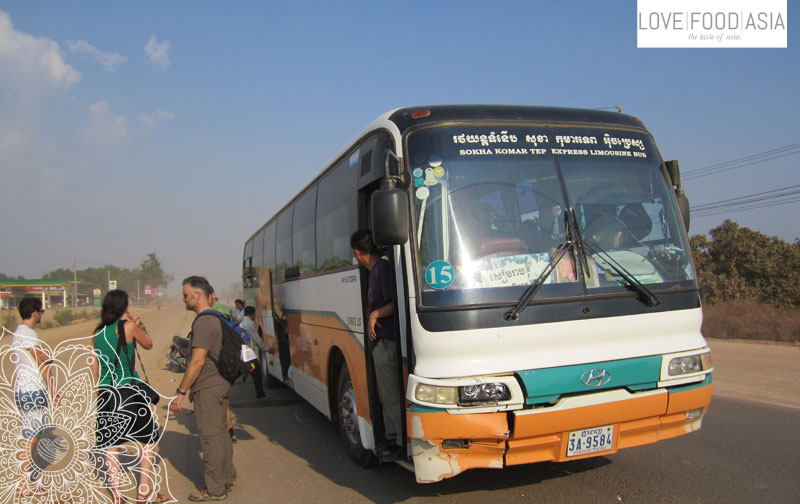 In Siem Reap I totally changed my plans. It came to my mind that I only have 22 days left before I have to be in Hanoi. OMG! So I decided to skip Battambang in Cambodia and go to Ho Chi Minh City (Saigon) via Siem Reap.

On the way to Phnom Penh it was a normal bus ride in the beginning. We had a lunch break with good Cambodian food. Delicious snacks and fried, spicy insects included. But on the last km to Phnom Penh my bus had an accident and we weren´t allowed to drive further. It became chaos and nobody of the passengers knew what´s going on. The police showed up and it seems that it was the fault of our driver. The policemen said that it will take hours and so I decided to take my backpack and hitchhike to Phnom Penh. It was easy and worked out like everywhere. Thumb to the right direction and 10 minutes later I was sitting in a car to Phnom Penh.

In Phnom Penh I first had the plan to meet the people I´ve met a few days ago but I decided to make a relaxing day. Tomorrow morning I will take the bus in direction Ho Chi Minh City. The next border cross in Southeast Asia.