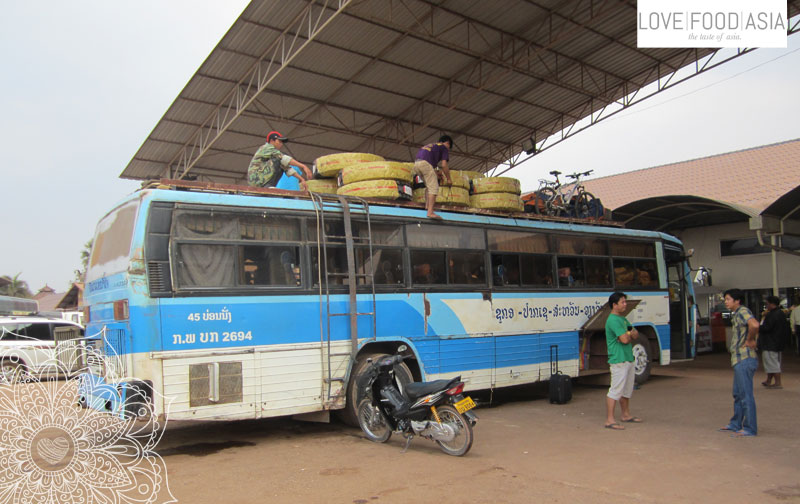 From Vientiane to Don Khong (SEA 67)

I woke up because it became busy at the bus station. People went to work and the sun began to rise. But I was surprised. I felt like I slept well. And I´ve slept on a hard Stone bank next to a massage studio. But we had to wait until 10 am until we could buy our ticket in direction Don Khong.

We had a delicious baguette for breakfast before we took seat in our bus to the south. The bus looked like all busses here. Not really save.

Now it is 11 pm and my back begins to hurt. And we will arrive in Don Khong tomorrow morning. What a horror. But there´s a goal and I´m counting the hours. I start to think about a guesthouse and the shower I will take there. And then I can enjoy 3-4 days on the 4000 Islands in the south of Laos.

What the hell? On a bus stop in Laos.