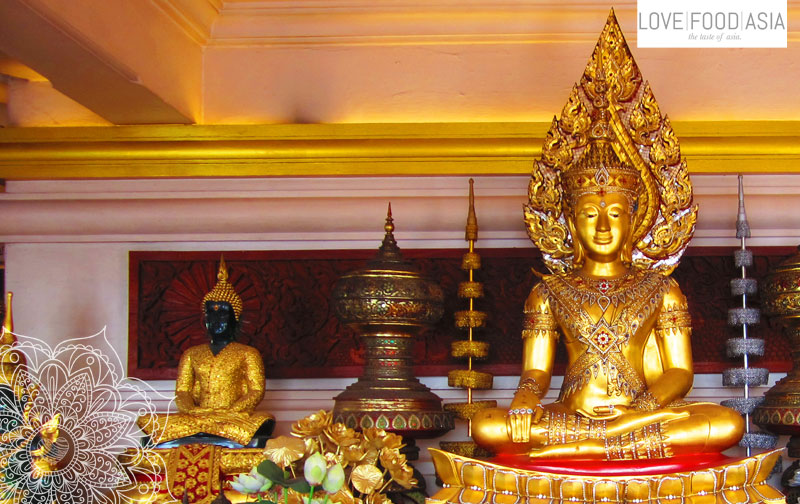 In the morning we went out to have a breakfast (Bun Char and tea) in a small street food stall in Ayutthaya. Right after this filling breakfast we walked to the railway station to book a 3rd class ticket in direction Bangkok. This time we found a seat and so we had a relaxing ride back to Bangkok.

But in the afternoon we stepped out at the wrong station and so we had to find our hostel for a place far away. That was hard work and we started to walk in the wrong direction first. The late afternoon turned into a unplanned exercise session. After hard bargain with some Tuk Tuk drivers we reached out hostel where we visited the shower first.

At night we went out to find some street food. That´s not hard in Bangkok and so we ate a fish soup in little place only visited by locals.

The next morning we planned to get up early to organize our Visa for Myanmar.

Next post: How to organize your Visa for Myanmar in Bangkok (SEA 28)