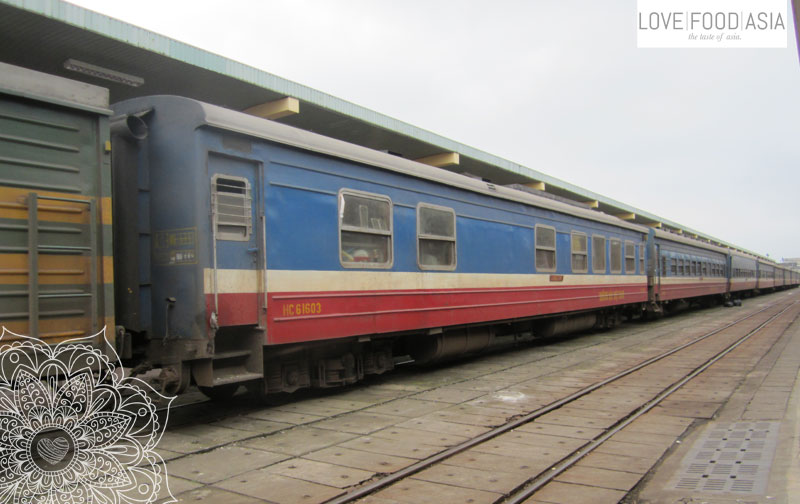 I am sitting on the bumpy train to Da Nang. Admittedly it isn´t the bumpy ride I had in Myanmar but it is enough that it is impossible to sleep. I started my trip this morning at 6:15 am. I took the local bus in Da Lat and it brought me over the serpentines out of the central hill country of Vietnam to Nah Trang. When we arrived there I had enough of the train ride and I was looking forward to take the train again.

On the train was only one ticket left and it was a third class ticket. Perfect! After 4 hours I jumped on the train to Da Nang and the following 10 hours passed by so fast. I was the only tourist in the third class and the locals where so friendly to me. They gave me food and tried to speak with me with their nonexistent English. What a great experience.

The route of the train was alongside the coastline of Vietnam and I thought about how much I enjoy the fact that I´m here in between all the locals. For one more time I have to say that a train ride in third class is the best way to learn more about a country and the people that are living in. When you only use the more comfortable busses with air con you might be faster and you might have more sleep but you won´t have such a great experience that I had here.