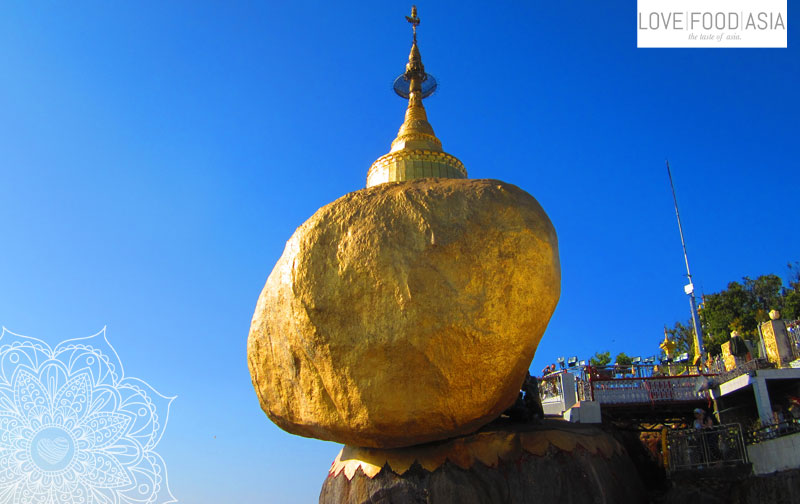 From Yangon to the Golden Rock (SEA 45)

When you get kicked out of the bus at 3 am (for a second time) it is more than annoying. But this time it was more that that. We where at the big bus station of Yangon and tried to find one person that speaks English. And we couldn´t find one. There are no signs in English and so it was impossible to find the gate we where looking for.

First we had to get rid of the annoying taxi drivers. We tried to explain them hat we don´t want to get to the city of Yangon. Our plan was to take a bus in direction Kinpin from where we could visit the Golden Rock.

So we only had one chance. We had to walk from bus office to bus office and ask where the bus in our direction is. After we´ve asked several of companies we found the right bus. Our bus started at 5:30 am and we had seats 1 and 2 right next to the door. The bus was half filled and we asked to sit in the back but the ticket boy forced us to stay in the front. The door was open all the time and we couldn´t sleep at all. It was cold as hell and I was wearing my Longyi, Hoodie and my jacket. What the hell…

After 3 hours on this horrible bus we reached Kinpin. The morning suns felt good and we found a hotel called Pann Myo Thu Inn. We went out for a soup and felt down to bed for 3 hours.

On the afternoon we took a small bus to reach a little village next to the Golden Rock. From there we had to walk up the the hill where the Golden Rock has it´s place. This rock is a holy Buddhist place where a rock that looks like a big ball is placed on top of a small mountain. The people have built a stupa next to the rock and the stone is covered with gold. An impressive view. The evening sun is shining and we enjoyed our stay up here before we walked back to the bus.

The only annoying thing is that tourist have to pay 6000 Kyat to visit the rock. The government knows how to make profit out of tourism.