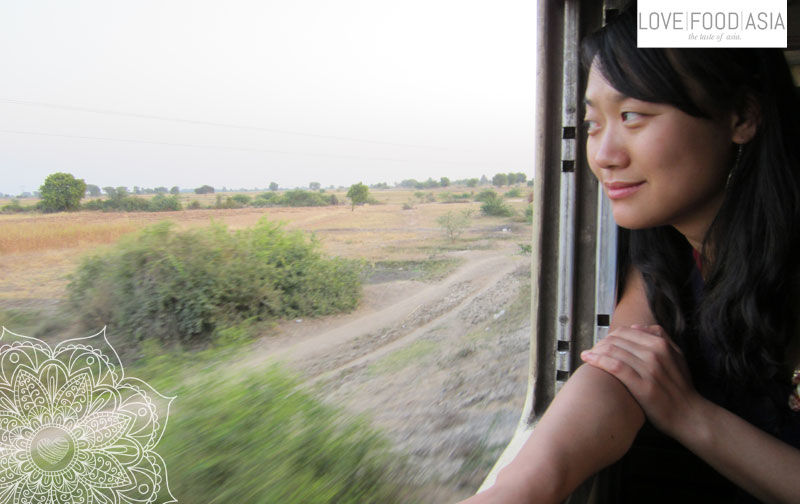 From Mandalay to Thazi (SEA 36)

We started in Mandalay this morning and had a long walk through the old colonial quarter. There we bought is a traditional Longyi and started to wear it.

A longyi is a sheet of cloth widely worn in Burma. It is approximately 2 meters long and 80 centimeters wide. The cloth is often sewn into a cylindrical shape. It is worn around the waist, running to the feet. It is held in place by folding fabric over without a knot. It is also sometimes folded up to the knee for comfort. Similar garments are found in India, Bangladesh, Sri Lanka, and the Malay Archipelago. In the Indian subcontinent it is known variously as a lungi, longi, kaili or saaram.

From there we went to the train station to take the train in direction Thazi. This time it was a short but also a bumpy train ride and we arrived in Thazi in the early evening.

Thazi is a small village from where you can take the “Slow Train” in Kalaw where most of the hiking tours in direction Inle Lake start. We and a French couple where the only western looking guys in the whole town and it seems that not many tourist know this little village jet.

Together with Sen from Canada we spent the evening in a small restaurant where we ate a delicious Burmese meal. Our host showed up and we had a longer conversation. Finally he spoke to the waiter and told him that we have to pay the same price the locals pay. We left the restaurant and walked over to a small store where we bought some Burmese whiskey and the local beer simply called Myanmar Beer. In our small guesthouse we drank a view bottles and went to bed much to late. Tomorrow we have to take the slow train to Kalaw quite early.